About the Maxey Appaloosa Heritage Foundation

It is the objective of the C.A. Maxey Appaloosa Heritage Foundation first and foremost to provide teaching and outreach opportunities at all levels, but especially to youthful audiences. We want to explain both the breeding and the importance of this special horse in the history of the Nez Perce tribe. It is also the objective of the Foundation to selectively breed and preserve the true foundation Appaloosa, recovering and promoting those traits that the natives valued themselves. The first 100 years following the surrender of Chief Joseph and the confinement of the Nez Perce to reservations has not made this an easy task. First, under the mismanagement of the Army and Bureau of Indian Affairs, the native horse gene pool was polluted by the introduction of heavy draft horse characteristics. Then under the sporting attitude of the Appaloosa Horse Club, quarter horse, Arabian and other non-native blood was also intermixed with the foundation Appaloosa. Our objective, already realized since the early 1960s and with every intention of spanning over many dozens of generations, is to carefully, selectively breed back to the same uniquely American horse first seen by western eyes more than 200 years ago. 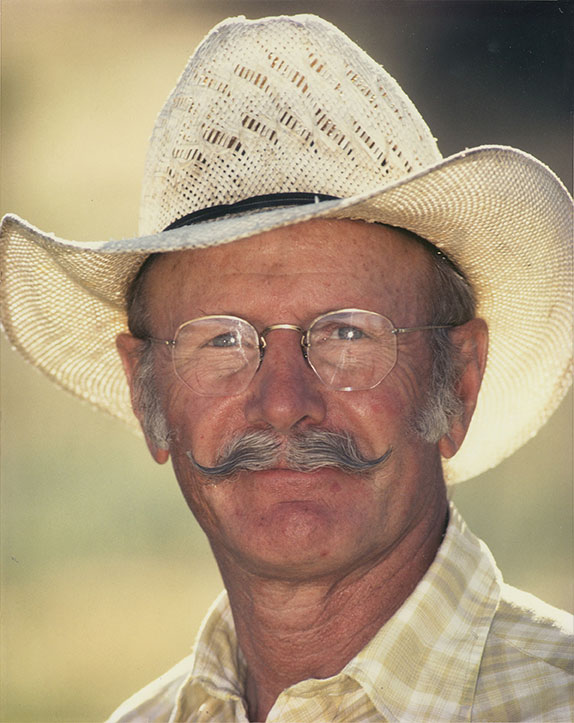 Al Maxey was born July 22, 1925 in Ada, Oklahoma. He was a gunsmith, clock and watch collector, a welder, and an avid conservationist working for many years in the National Park Service. Maxey’s Park Service career began at Aztec Ruins, shifted to the Grand Canyon, and eventually to Mammoth Hot Springs, where he had a good winter base with seasonal summer assignments to Big Hole Battlefield National Monument in Montana. Here he became fascinated by the history surrounding the 1877 Nez Perce war, and it was here also that he bought his first Appaloosa horse.

After retiring from the Park Service, Maxey began his “second career” focused around his interest in Appaloosas and their athletic qualities that had had been sparked by his assignment as superintendent of Big Hole Battlefield National Monument. This began his years of horse ownership and eventually breeding, training and participating in trail rides. He especially enjoyed his stints as a scout on several rides and offering historical programs on the Chief Joseph rides. He looked forward eagerly to the Caballos del Sol ride each spring as marking the end of winter. Maxey had a passion for riding and breeding the native American Appaloosa horse. He was well known to many in the Appaloosa Horse Club, and over the years completed the entire 1,300-mile Chief Joseph Trail ride in 100-mile annual segments.

In his memory, a public 501(c)(3) non-profit named the C.A. Maxey Appaloosa Heritage Foundation has been established. The Foundation will care for his remaining Appaloosa horses and maintain his breeding program. It will also help teach the Appaloosa and Nez Perce history as only he knew it and could tell it. A key Foundation goal is to continue the 60 years of selective breeding now represented by a group of nine of Maxey’s remaining Appaloosas sharing the traits of endurance, toughness and athletic trail hardiness typified by his last and favorite saddle mate, Magic Carpet. Al’s herd has been relocated to Loveland, Colorado.

In lieu of gifts to the family, donations in his memory can be made to the C.A. Maxey Appaloosa Heritage Foundation.